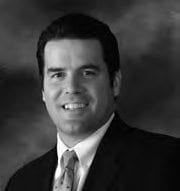 John is an associate in the Litigation/Dispute Resolution Group of Carnahan, Evans, Cantwell & Brown, P.C. He concentrates his practice in the areas of creditors’ rights, creditors’ bankruptcy, and civil and business litigation.
Prior his legal career, Mr. Waite worked for over five years in the financial sector, first as a portfolio administrator for State Street Bank and then as an assistant trader for M&I Global Securities Lending. This experience provides him with a better appreciation for our clients’ needs and an insight into financial institutions and markets.
In addition, Mr. Waite was a commissioned officer in the Artillery Branch of the United States Army National Guard. He served as a platoon leader in a Multiple Launch Rocket System Battery and a Fire Direction Officer for a Paladin Battery.
Mr. Waite served as law clerk for the Visiting Judges Chambers, U.S. Bankruptcy Court for the District of Nevada, 2003-2004. He also served as judicial intern for the Honorable Linda B. Riegle, U.S. Bankruptcy Court for the District of Nevada, 2003.
Mr. Waite received his bachelor’s degree from Missouri State University in 1996 with a dual major in Finance and Insurance & Risk Management and a minor in the University’s Reserve Officer Training Corps.
While attending the U.S. Army’s Officer Basic Course in Ft. Sill, Oklahoma, Mr. Waite continued his education and in 1999 graduated with a Masters of Business Administration degree from Missouri State University. Mr. Waite then graduated from the William S. Boyd School of Law, University of Nevada, Las Vegas, in 2003.
Mr. Waite is currently admitted to practice law in the states of Missouri and Kansas. And is a member of the Springfield Metropolitan, Missouri, Kansas and American Bar Associations.

Paul is Of Counsel in the Transactional and Litigation/Dispute Resolution Groups of Carnahan, Evans, Cantwell & Brown, P.C. He concentrates his practice in the areas of real estate, commercial transactions, general corporate and business matters as well as civil litigation.
Prior to joining Carnahan, Evans, Cantwell & Brown, P.C., Mr. Link was City Attorney for the city of Branson. His duties included advising all elected and appointed officials on all matters involving city business, including preparation of ordinances, resolutions, contracts, advising on Neighborhood Improvement Districts (NID), Community Improvement Districts (CID), Transportation Development Districts (TDD) and Tax Increment Financing (TIF). In addition, he managed the Legal Department for the city of Branson which included civil litigation and prosecution of ordinance violations in municipal court.
Mr. Link received his Bachelor’s Degree from Missouri State University in 1993 and his law degree from the University of Missouri – Kansas City in 1996. His is licensed to practice in Missouri, Kansas, U.S. District Court for the Western District of Missouri and the U.S. Court of Appeals, 8th Circuit.
Mr. Link was recognized by the Springfield Business Journal with their “40 Under 40” award, for his outstanding contribution to the community and his profession. He is also a graduate of Leadership Springfield, Class XV. Mr. Link’s professional memberships include the Springfield Metropolitan Bar Association, the American Bar Association, Missouri Bar, Kansas Bar, Missouri Municipal Attorneys Association and the International Municipal Lawyers Association. 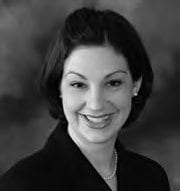 Emily is an associate in the Estate Planning Practice Group of Carnahan, Evans, Cantwell & Brown, P.C. She concentrates her practice in the areas of estate planning and administration, estate, gift and income taxation, and
probate.
Emily is a Springfield native, and she received her undergraduate degree in 2000 from Texas A&M University, where she graduated summa cum laude. Ms. Bell received both her law degree and LL.M. in Taxation from New York University School of Law. Ms. Bell interned for the General Counsel’s office for the New York City Council as well as the New York City Administration for Children’s Services, Department of Legal Services-Child Abuse/Neglect Unit.
After graduating from NYU, Emily practiced corporate law for two years at Gibson, Dunn & Crutcher LLP in New York. After leaving corporate law, Ms. Bell practiced in the estate planning group at McLaughlin & Stern, LLP in New York. She then returned to Springfield and joined Carnahan, Evans, Cantwell & Brown, P.C.
Ms. Bell is a member of the Junior League of Springfield and is on the Board of Directors of Junior Achievement – Ozarks District. She was recently appointed to the Board of Directors of the Make-A-Wish Foundation of Missouri. Ms. Bell is a member of the New York Bar and the Missouri Bar as well as a member of the Greene County Estate Planning Council and the Springfield Metropolitan Bar Association.

Estate Planning in the New Year