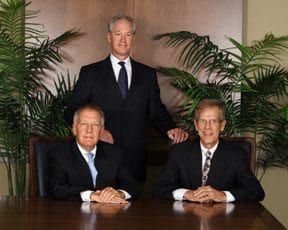 Each year, Law & Politics Magazine mails over 23,000 ballots to Missouri and Kansas lawyers, asking them to nominate the best lawyers they’ve personally observed in action. Research is then conducted on each candidate, dividing them into more than 60 practice areas. A panel of preeminent peers in each practice area then evaluates each candidate. From the original pool of candidates, only 5% of Missouri and Kansas attorneys are selected as Super Lawyers®. While we feel all of our attorneys at CECB are super lawyers, here are the three named by Law & Politics as Super Lawyers® for 2008.

Estate Planning in the New Year