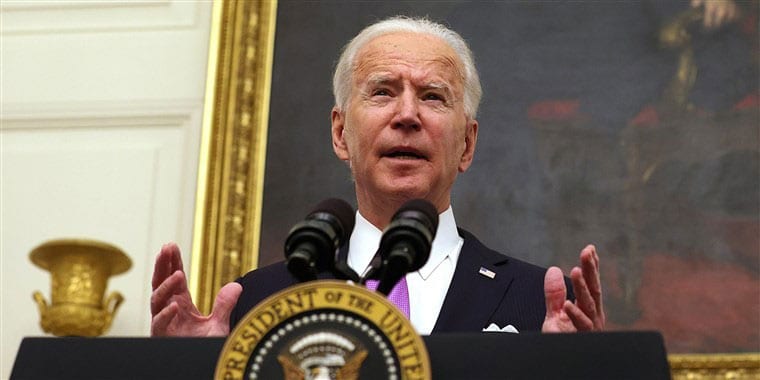 On January 20, 2021, Joe Biden was sworn in as the 46th President of the United States. President Biden, and the Democratic Party as a whole, have historically supported tax policies which would increase the tax burden on the wealthiest Americans. As was stated in a joint taskforce report co-authored by President Biden in July of 2020, “A guiding principle across our tax agenda is that the wealthiest Americans can shoulder more of the tax burden, including in particular by making investors pay the same tax rates as workers and bringing an end to expensive and unproductive tax loopholes.”
With the Democratic Party now in control of both houses of Congress, any future tax plan by President Biden will be much easier to push through, with only a simple majority in both houses needed to pass far-reaching legislation. Such a tax act may take on a heightened priority to reduce the vast federal budget which was only increased through the recent coronavirus relief legislation of 2020.
While none of us can predict if, or when, President Biden’s tax plan will be passed through Congress, or the specific provisions that will be included in such an act, we believe it is important for our clients and partners to be aware of some of the potential changes that may be coming in the near future. The following tax plans were a part of the Biden campaign’s platform during his recent presidential campaign:
Reduction in Estate Tax Exemption
Currently, the amount that is exempt from estate and other transfer taxes sits at $11.7 million ($23.4 million for married couples). Biden’s plan would be to repeal the continued increases in this exemption amount which were authorized by the Tax Cuts and Jobs Act of 2017 (“TCJA”), and return to pre-TCJA levels ($5.85 million for individuals, $11.7 million for married couples), or potentially to even lower thresholds (e.g. $3.5 million for individuals, $7 million for married couples). This would substantially increase the number of taxpayers who would be subject to estate taxation at death. Biden also has indicated an intent to increase the top rate for the estate tax to 45% (currently 40%).
Individual Income Tax Changes
While most current income tax rates would remain the same, there could potentially be an increase in the top tax rate from 37 to 39.6% (where it was prior to the TCJA). While not clear at what income level this rate would apply, Biden has often indicated that only taxpayers with incomes over $400,000 would see a tax increase. Another proposal would place a cap on itemized deductions for those earning above $400,000 annually.
Increase in Capital Gains Rates
Currently, rates of 0, 15, or 20% apply to capital gains and dividends received by individuals, depending on individual’s taxable income. For 2021, the 20% rate applies to those making $445,850 annually ($501,600 for joint filers). Biden has proposed taxing capital gains and dividends at the top ordinary income rate of 39.6% for those earning $1 million or more. Additionally, the top rate on long-term gains (i.e. gains on assets held for more than one year) would nearly double from 23.8% to 43.4%.
Increase in Corporate Tax Rates
The current corporate income tax rate is 21%. Biden would seek to increase this rate to 28%. Additionally, while pass-through businesses (partnerships, LLCs, S-Corps, and sole proprietorships) can  currently take a deduction of up to 20% of net profits, Biden would eliminate these qualified business income deductions for corporate incomes above $400,000.
Potential Elimination of Step-Up in Basis
Under existing law, the “cost basis” of an asset is generally its fair market value when it is purchased, increased by any material improvements made to the property. When the asset is subsequently sold, its gain or loss for tax purposes is the difference between its value when sold and its original cost basis. When a person dies, the cost basis of the decedent’s property is adjusted (“stepped up”) to the fair market value of the asset as of date of death. This has traditionally allowed those inheriting property from a decedent to avoid paying tax (sometimes substantial) on the gains that occurred during the time the decedent owned the property.
Biden has previously stated that part of his tax plan would include the repeal of this step-up in basis at death. It is hard to imagine this would be included in the final version of a future tax bill, as implementing this rule would be extremely burdensome (e.g. how do you determine the cost basis of an asset owned for over 50 years?). Instead, the more likely outcome would be the limiting of the step-up in basis to non-spouse beneficiaries. However, as previously stated, none of us can predict the future.
What to Do Now
For those clients who want to take advantage of existing tax laws, especially the historically high estate tax exemption amounts, some of the following strategies may be wise to put into play as soon as possible, before a new tax act is introduced in Congress:

If you would like to discuss how these potential tax changes may affect your family and the current tax and estate planning arrangements which you have in place, contact an attorney at Carnahan, Evans, Cantwell, & Brown as soon as possible to set up a consultation. We look forward to advising you on the best way to prepare for these potential changes in the law.

Important Provisions of the Tax Cuts and Jobs Act of 2017